Think you are new in the electric bike world and aren’t familiar with electric bike glossary terms. Definitely, this brings an awkward situation when you drive. Because there are plenty of technical terms involved in electric bike terminology.

When you drive you must know about a cluster, fuse, speed controller, freewheel Mechanism and etc. Understanding the mechanism of different components of an e-bike is essential for safe cycling.

Though there are plenty of electric bike glossary terms you don’t have to understand all of them. Here we pick some of the essential glossary terms for you from thousands of them. 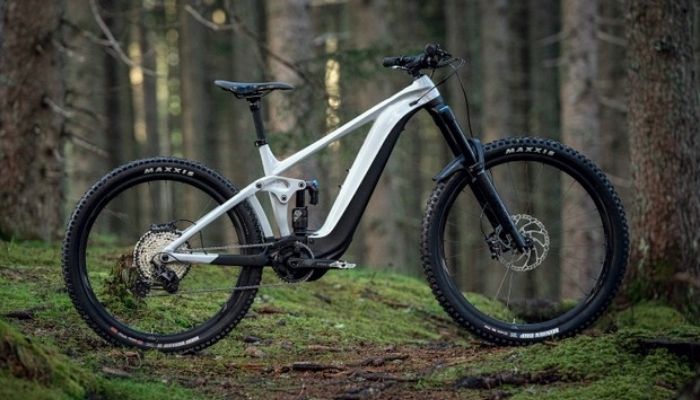 Electric bike glossary is an alphabetical list of specialized terms with definitions associated with the e-bike field. It gives an easy explanation about hard and unusual words. It helps the riders to understand the discipline of e-bike properly. This section will cover the most-used components, equipment, and mechanical words. Those are fitted parts of the bike itself.

Ammeter – This is a digital or analog meter that counts Amperage usage in an electrical circuit. Mainly this device is used for counting the amount of current and ampere value. The counting range of this device mainly relies on the e-bike resistance value and inductive reactance.

AC Current – The meaning of AC Current is alternating current. This is generally used in very light electric vehicles. The purpose of this is to reverse AC Current into DC Current that flows in only one direction. Because the electric bike has DC motors which are committed with three successive phases.

Amp Hours – AH is a measure of energy that is equivalent to the amount of energy that passes in an hour. It generally calculates the capacity of the battery. If you want to know about AH, see Barrie Lawson’s comment.

Assist Levels – Most of the common type of electric bike in the market has four types of assist levels in case you are not riding a Packa. Where 0 provides no assist, level 1 is the lowest assist and 4 is the highest assist level. At a lower assist level, you can ride your bike with less pedal assist. On the other hand, a higher assist level gives you more pedal assist.

AVS Compatibility – The meaning of AVS is AtranVelo System. It represents the technology involved with bicycle baskets and bags from the company AtranVelo. When an AVS system is equipped with an e-bike it can identify luggage or bags within a certain range. But the AVS system does not fit in all cycles and e-bikes.

Battery Package – The composition of cells that contain a battery that supplies electrical energy for the vehicles. It is generally packed in a unique form for particular types of vehicles. Sometimes BMS or motor controllers stay in the same box. It depends on the manufacturer’s structural diagram.
Brushless Motor – This is an advanced type of motor associated with a Hall-Effect sensor. It utilizes a permanent motor in its external and internal rotor. The benefits of Brushless Motor include higher efficiency and lighter weight when compared with typical brush types DC motors.

Cluster – Cluster is a variable speed power transmission system that works with a Derailleur and Shifter. It’s a collection of various-sized Sprockets arranged in ascending order.

Derailleur – Derailleur is an e-bike Power Transmission System part that works in association with a charge gear in the rear wheel Cluster. The mechanism helps to change the chain at the rear sprockets. There are different models of Derailleur available according to the manufacturer company but all the basic functions are the same.

Durometer – It’s a device that is used for measuring the hardness of plastics, rubber, and other materials. Durometer is described in American society for material specification as an international standard.

Direct Current – DC means a constant flow of electric charge. Where Direct Current is produced by solar cells, dynamo generators, and batteries. And flow without any hindrance in the headlight, horn, and other electronics parts.

Dual Hub Motor – It’s two powerful motors that exist inside the two-wheel that provide you with all the power you need. Dual hub motors can blast over the dirt, snow, mud, and sand with AWD(All Wheel Drive) ease.

E-bike System – E-bikes system includes the system and components that e-bike needs to function. There are plenty of types of e-bikes brands in the market. Some indifferent suppliers don’t produce electric bikes themselves. On the other hand, some e-bikes system suppliers of their own such as EcoRide, Kalkhoff.

Frame Type – Electric bike frames are classified into several categories. They are high step frames, low step frames, and folding frames. E-bikes frames are also divided on the basis of suspension whether they have suspension or not.

Fuse – A fuse is an insulating device that comprises a piece of strip wire which melts and breaks electrical current. Where there is an overload or a short-circuit the fuse works automatically or manually.

Gears – The function of gear is the same as speeds. It’s a different-sized steel disc on the center of the bike next to the paddles. For instance, a bike with 25 gears is a 25-speed bike. Meaning, the higher number means higher gear and the lower number means lower gear.

Gear Shift Lever – The gear shifter is a chain close to the bottom of the cycle which runs around front and rear gears. Shifting gears help the chain to move from one disc to another disc. That decreases and increases the level of resistance when you pedal.

Hall-Effect – It’s a movement of charge through a conductor into a magnetic attraction. Hall-Effect is used inside the throttles on most electric scooters, bicycles, and other electric vehicles. Its duty is to measure the density carriers of current.

Key Switch – It’s an electrical switch that needs a key for operation. Electric bicycle key switches are used to turn on and off the power. It can only be removed to the off position to prevent loss while driving.

Lithium Battery – Lithium Battery is an advanced type of battery that has excellent performance. It comes with different variants like Lithium Manganese, Lithium Iron Phosphate, and others. Those types of batteries consist mainly of four types of components such as cathode, anode, separator, and electrolyte.

LCD Display – It’s a flat-type panel display to show important info such as battery life, the distance you have traveled, and current speed.

Motor Controller – A motor controller is an electrical circuit that controls the speed of the motor. Though many other functions also depend on Motor controllers depending on different models and features.

Mat Sensor – Mat Sensor stands for Manifold Pressure sensor. It lives on the hoverboard besides the footpads. When the rider shifts weight on the footpads, it presses down the mat sensor and commands which way it needs to move. It’s a cool thing that helps the rider to do 360 spins.

Pedal Assisted – Pedal assisted is an SPC(speed control system) in an e-bike that uses a Cadence Speed Sensor to conduct the amount of power that a single motor receives. In this system, a rider can pedal lightly to run the motor.

Shifter – A Shifter is a hand-operated grip to change gears on an electric bike. It helps the riders to change the gears instead of using a mechanical cable or a conventional lever.

Shunt –  A accessory that works with the Ammeter to discover the amount of current used by the circuit. It’s a short piece of metal by which an electrical charge passes. It works like a register that essentially has a micro voltage when energized. Ammeters turn the micro-voltage output to the shunt towards the Amperage.

Sprocket – It’s a power transmission system component. The duty of the Sprocket is to transmit rotary motion among two shafts where gears are unsuited.

Top Tube – The alternative name of Top Tube is cross-bar. Which connects the top seat tube to the top head of the tube.

Twist Throttle – It’s a twistable handlebar that conserves the speed of an electric bike. A twist throttle can be a half or full-hand grip.

Thumb Throttle – A thumb Throttle is a hand-mounted lever throttle that controls the speed of an e-bike. It’s a manual operating throttle where you need to push down a small and a spring-loaded will engage with the motor.

Twist and Go – In most of the electric scooters, bicycles, and other electric ride vehicles it’s a speed control system that controls the speed. It’s a kind of twistable throttle built with twist-and-go throttle which is a built-in spring that helps the throttle to go back or off position.

Voltmeter – Voltmeter also known as Voltage meter. Generally, it is used for measuring the potential difference between two points of an electrical circuit. The unit of the voltmeter is millivolt, volt, and kilovolt.

Voltage – In other words, Voltage means electromotive force. Voltage is what moves the electric charge. In simple words, it’s the difference between two electrical potential places.

There are plenty of parts related to electric bicycles and this is merely a shortlist. Here in this electric bike glossary list, we have tried to put those terminologies that are closely involved with an e-bike. We will update if more new terms add on. If you have any suggestions or comments about glossary terms, put them below. We will appreciate your initiative. 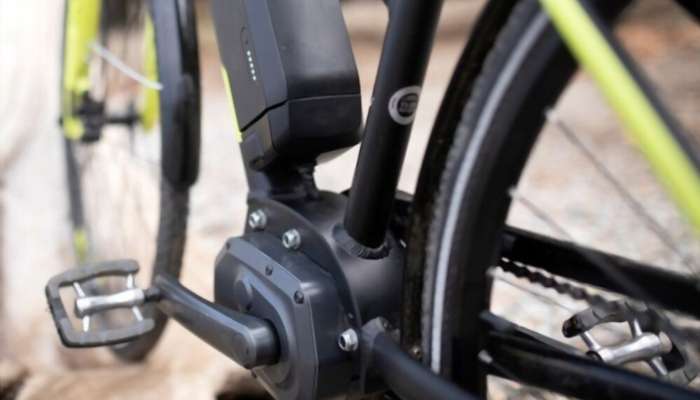 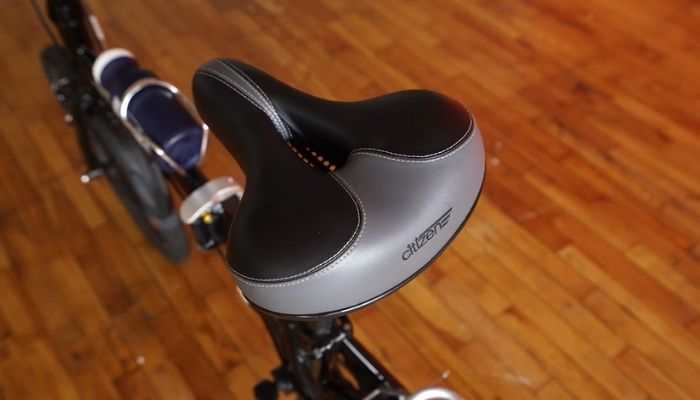 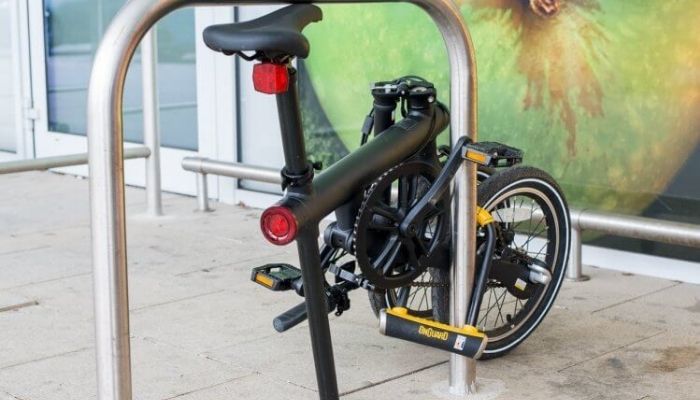 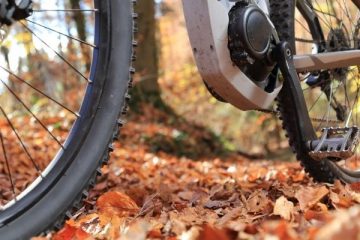